Research has shown time and again that a well-defined, strategically integrated digital marketing approach can improve lead generation by as much as 500%. Here are five steps to help you get started with your university brand. 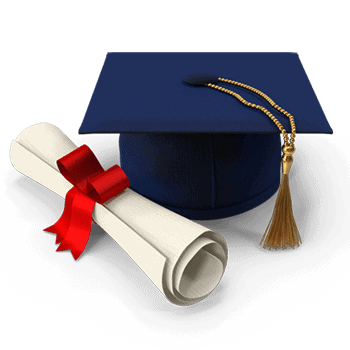 University Brand – Universities are critical in providing higher education to students, allowing them to specialize in a career of their choice. For-profit universities have been around since the 1980s, with the commercialization of education being part of the American economy for decades.

If you’re thinking about opening a for-profit university, or you’re trying to attract more students to your traditional college model, you need marketing.

This post unpacks everything you need to know about marketing and SEO for your university business. We’ll look at strategies you can use to grow your enrollment and your bottom line.

For-profit universities are slightly different from traditional colleges. These institutions run the campus like a business, focusing on the profit and fiscal health of the institution, just like any other profitable business.

Building a for-profit university brand requires you to focus on the market you’re trying to penetrate. Are you looking to open a school focusing on prestige and elite education? Or a college for teaching artisan skills?

Focus your branding strategy around your target market and what they expect from a leading university.

Is the University’s Business Profitable?

With student loans blasting through the $1.6-trillion mark, education in the United States is more expensive than ever and incredibly profitable for universities.

Data from the National Center for Education Statistics (NCES) shows for-profit university students represent around 4.4% of total university enrollments in 2017.

Top Universities Brands: 10 Best Businesses You Can Learn From

The University of Oxford is one of the oldest universities in the world located in the London United Kingdom, in 1096 they found evidence of teaching. Their education process is centralized on research as their main mission.

Harvard University was established in 1636 by the Puritan clergyman John Harvard, who was also its first benefactor and named after him as well. The institution is the oldest in America as well as one of the most prestigious in the world.

Harvard is ranked first in both University Ranking by Academic Performance and Mines ParisTech: Professional Ranking of World Universities.

In 2019, Harvard University was ranked third in Engineering and Technology by Times Higher Education.

The University of Cambridge is a well-known English school. Founded in 1209 and granted a royal charter by Henry III in 1231, it is the second oldest university in the English-speaking world which remains fully operational to this day.

In addition to being part of the golden triangle of English universities, Cambridge has educated many notables in a variety of fields, including eminent mathematicians and scientists.

As of October 2020, 121 Nobel laureates, 11 Fields Medalists, 7 Turing Award winners, 47 heads of state, and 14 British prime ministers have been affiliated with Cambridge. As of 2016 University alumni have won 194 Olympic medals.

Massachusetts Institute of Technology, founded in 1861, has since played a key role in the development of modern technology and science. Today MIT is one of the most prestigious institutions in the world.

According to Times Higher Education, MIT is among the world’s “Six Super-Brands” and was ranked 3rd in 2019 by SCImago Institutions Rankings.

In 2017, MIT was ranked #2 for arts and humanities by the Times Higher Education World University Rankings and had been ranked as high as #7 in 2015 of the Nature Index Annual Tables.

Stanford University was founded in 1885 by Leland Stanford Jr’s parents Leland and Jane Stanford. Leland Stanford was a U.S. senator and former governor of California who made his fortune as a railroad tycoon.

Stanford alumni have founded many companies which combined make over $2.7 trillion annually and created 5.4 million jobs as of 2011, roughly equivalent to the 7th largest economy in the world (as of 2020).

Stanford University is the alma mater of one president of the United States, 74 living billionaires, and 17 astronauts. It has produced 68 Fulbright Scholars, 43 Marshall Scholars, 45 Rhodes Scholars, and 18 members of Congress

The University of California was founded on March 23, 1868. In March 1951, UC President Robert Gordon Sproul established a new system that placed two chancellors at either end of the university’s flagship campus in Berkeley and separated their duties from the work of running the entire UC system.

According to publications, California has six out of the ten UC schools that have ranked as public Ivies. UC campuses boast an extensive list of distinguished faculty across a variety of disciplines, with 69 Nobel Prizes won by UC Faculty and researchers by 2020.

ETH Zürich founded by Switzerland’s Federal Government in 1854, has been one of the top universities in Europe to have produced Nobel laureates.

ETH Zurich’s ranking in 2021 improved by three positions to 6th worldwide, overtaking the University of Cambridge and achieving second place among European universities.

Founded in 1701, Yale University is the third-oldest institution of higher education in the United States, one of the nine Colonial Colleges chartered before the American Revolution.

According to the 2016-17 Nature Index, Yale was ranked 10th for scientific research quality and 11th in the world based on the Academic Ranking of World Universities.

In 2016, the university ranked 6th and 8th in THE Global University Employability Rankings and Academic World Reputation Rankings respectively. In 2019, it ranks 27th among universities across the globe by SCImago Institutions Ranking.

The National University of Singapore (NUS) was founded in 1905 as the Straits Settlements and the Federated Malay States Government Medical School. It is the oldest higher education institution in Singapore.

NUS is a research university that provides degree programs in the arts, business, law, and engineering.

10. The University of Tokyo

The University of Tokyo was established in 1877 and is the first imperial university. It was selected as a Top Global University in the Japanese government rankings.

The university has produced many notable people. 15 prime ministers of Japan have studied at the University of Tokyo.

The University of Tokyo was ranked in the top 50 best universities worldwide according to CEOWORLD magazine’s 2019 ranking.

How to Start a Universities

If you’re starting a university from scratch or purchasing an institution, here’s what you need to know to get your business off the ground.

Like any other business, your university needs a business plan. Hire a professional to complete your marketing and financial strategies – that’s where investors will focus their attention.

Your investors will review your business plan, focusing on the internal rate of return (IRR) you can offer them for their investment.

It would help if you had a financially attractive offer. Whether you’re dealing with angel VCs or financial institutions, they’re going to need to know the specifics of how you intend to settle the loans and what they can expect for a return on investment.

Start your marketing plan, focusing on social media as your primary marketing tool.

With everything in place, it’s time to start enrollment and get students into their first year at your university.

Brand promotion for your university is critical to your success. Why should your prospective student choose your university over others in the area? What do you have to offer as your unique selling proposition (USP)?

As a university, your content needs to be outstanding – it’s a sign of the quality of the education the prospective student can expect when joining your institution.

Your content should focus on what your university can do to give your students an edge in the jobs marketplace and what you can do to fast-track and enhance their career opportunities after they graduate.

Universities are brands, whether they like it or not. Think about how students and alumni proudly sport their Harvard jerseys. It’s the same for your university. What do you want students to associate with your institution?

Is it prestige? Tech-focused or sport-focused? Building your university brand requires getting your logo and mission statement in front of as many qualified prospects as possible. Use tactics like branded clothing and apparel, stationery, and other branding opportunities.

Your university needs an online presence; without it, you’re missing out on registrations and leaving money on the table for your organization.

Your website should be minimalist, image-heavy, with videos and an easy navigation experience for prospective students.

Ensure your website and pages load fast, and you have your CTAs in place on your landing pages to optimize conversion.

Social media is the primary marketing tool for universities. Since your target market is youth graduating from high school, social media is critical to your marketing plan.

While Facebook ads are a great way to reach many prospects, other platforms like Instagram and Tik Tok are more popular with your demographic; focus your marketing strategy on these two platforms for the best results.

SEO is a critical component of your marketing campaign. Off-page SEO strategies help you link with authority domains to gain credibility in search results. On-page SEO helps you retain and convert traffic when it arrives on your site.

Social media is a great way for building organic traffic to your site, and the paid marketing tools also present excellent value for your marketing budget.

However, PPC (Pay-per-click) marketing tactics help your business get off the ground while you wait for your social campaigns to start delivering results. Research the costs of Google and Bings ads and other avenues of PPC marketing opportunities.

Other Strategies to Boost Your Universities Business and Digital Marketing Funnel

While social media marketing tactics and website SEO are critical for the success of your university, there are plenty of other avenues for promoting your university to graduates.

Many prospective students will visit websites of their chosen schools, looking for information that they can use to decide the right school for them.

Your website needs optimization to help you handle that traffic and collect leads of prospective students interested in your university.

After collecting your prospects email address through your opt-in lead magnet, those details go to your sales funnel where they enter an email marketing campaign designed to convert them into a student.

Want the latest and greatest from our blog straight to your inbox? Sign up for our weekly newsletter! 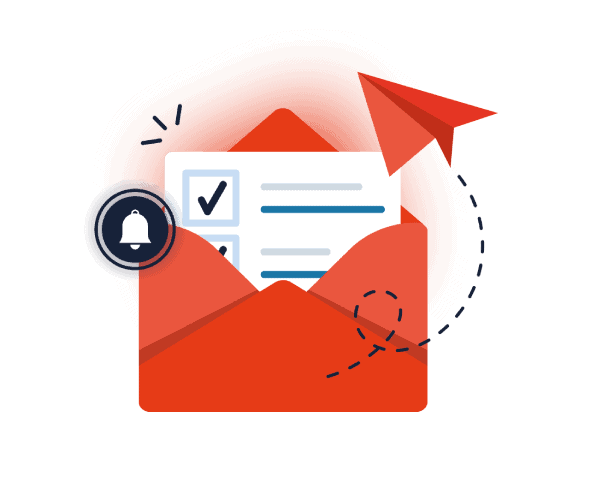