As a foreign business or brand, you may not be familiar with the Korean digital landscape and consumer habits, however, the Inquivix team is headquartered in South Korea and specializes in providing Korean digital marketing services that will make you enter the market with impact.

We know the communication channels to use as well as the best strategies to establish your brand effectively and efficiently in the Korean market.

Korea is an attractive prospect for businesses because of how big the population is. They have a near-complete adoption of digital technology and high smartphone usage, making the country a great target market for online businesses.

Every country has a unique digital landscape–even Korea. This makes entering the Korean market difficult and many big brands have had a hard time winning in Korea because they have underestimated the distinctiveness in the approach needed to have their campaigns successful.

HOW TO WIN IN KOREA

Here are five critical factors you have to consider when you want to enter the Korean market.

Korea is unique in many ways. Like any other foreign market, you need to study Korea first before planning out your strategies and campaigns.

Our team knows the distinctiveness of Korean consumers. We are headquartered in Korea, which means we know what the current trends in the market are.

Competition is present everywhere. Many businesses are discovering growth potentials in Korea which makes the competition constantly increasing.

Our dedicated Korean marketers are Koreans and they have done extensive market research in order to help our clients compete with foreign and local brands in Korea.

Content localization is really important as it will make your local consumers trust your brand more. However, not all companies who enter the Korean market are doing it right.

Our team knows how to develop content relevant to Korean audiences. We do not just do translations, we make sure the content resonates with our target audience.

One big factor to consider if you want to win in Korea is to find a strong local partner who knows and understands the digital landscape in Korea.

With Inquivix, you can be sure that someone will help you navigate the local dynamics, business norms, and ensure you will not commit costly mistakes. 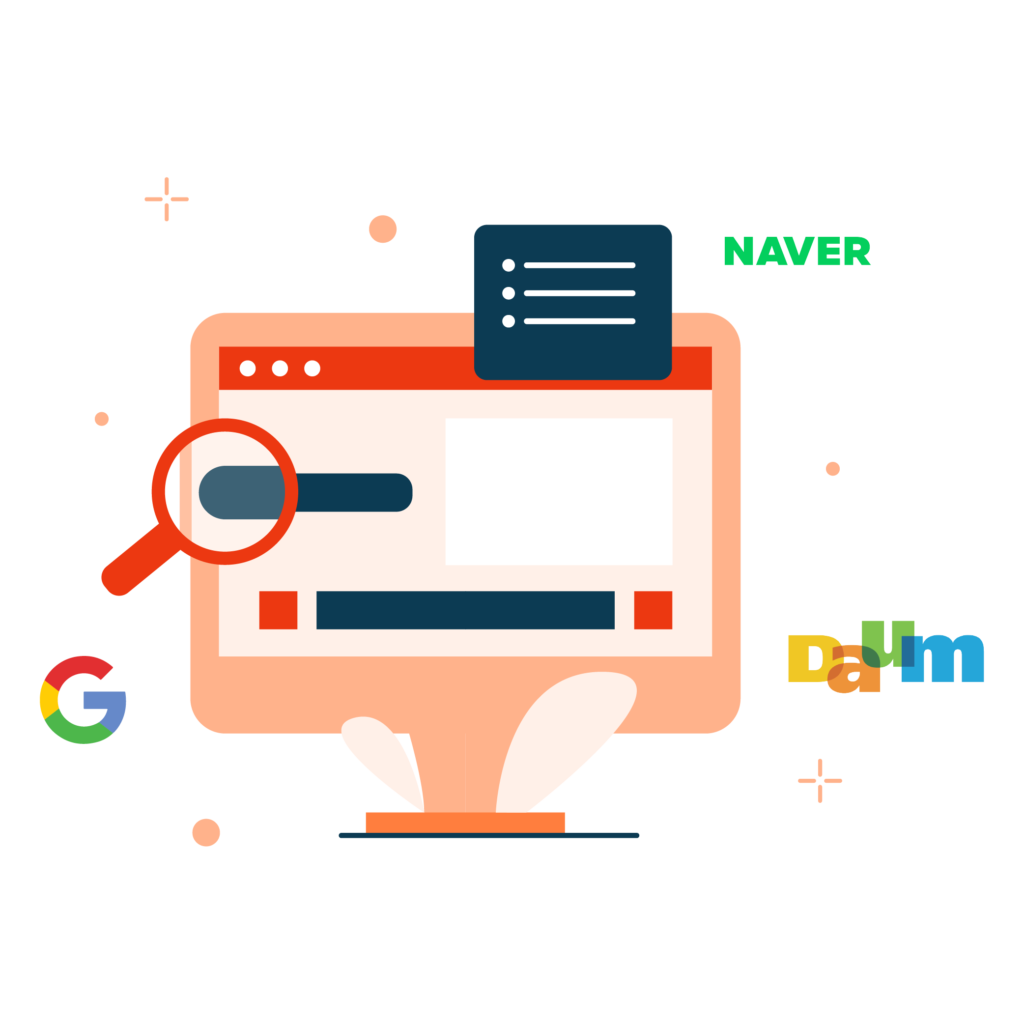 One of the key differences in the Korean market is that there are many local platforms that are bigger than the major networks.

Naver is the biggest search engine in Korea. Roughly 60% of the population are using it to search online, buy something, and promote products and services.

Then we have Google, which is used by roughly 40% of the Korean population.

Roughly 10% of Korean also use Daum, another local Korean search engine in Korea.

At Inquivix, we know how to get your brand seen on the Korean search engines and rank for your keywords

Our expert Korean marketers know how to set up and optimize effective Paid Media (PPC) campaigns in Korea.

Search Advertising is also effective in the landscape. Our team knows how to set up powerful search ads in Korea’s biggest search engines.

We also know how to build powerful display advertising campaigns in Korea’s powerful platforms such as Kakao, Taboola, Google and Naver.

Millennials are most found on Tiktok, Instagram, and Twitter, while the older generation is mostly found on the local Korean social networks.

We will help you target your audience by effectively analyzing the channels you need to use for your campaigns.

We understand the importance of reaching a wider audience and we know that one great way to find your niche audience and create brand awareness is through Influencer Marketing.

Here at Inquivix, we offer customized and bespoke influencer marketing services that’ll help your brand get that much-needed recognition and drive more sales and conversions in the Korean market.

We have a vast network and database of influencers in Korea that will effectively promote and drive more traffic to your brand.

We also provide customized marketing strategies and solutions to build out a full-service campaign for your brand.

We offer services like local press and media management, viral giveaway campaign management, and more localized campaigns that will give your brand more possibilities for growth.

SPEAK WITH A KOREAN MARKETING EXPERT

Reach out to us!

We understand the diverse culture in Korea and we are here to guide you on what to do to win in the Korean landscape!